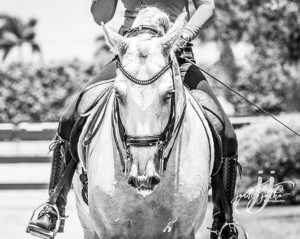 Kensington Ridge PRE’s is sponsoring a Vitamin E Study focused specifically on the PRE horse.  The study will also extend to Lusitanos, as well.  You can follow up to date progress on our facebook group 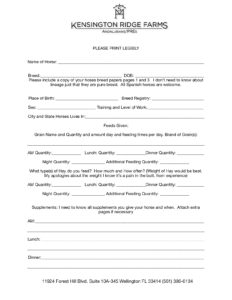 If you are interested in participating in the study please download the above form, which consists of three pages and include copies of page 1 and 3 of your ANCCE breed papers for PRE’s.  Please include a full body profile photo and a head shot of your horse as well.  Have your veterinarian pull blood for a Vitamin E panel and send the blood to Cornell.  The blood must be taken and kept in the following manor: Pull blood in a plain red top tube.  Protect the tube from any light by wrapping the tube with aluminum foil and place it in a cold cooler.  Centrifuge as soon as possible to separate serum.  Transfer serum to a plastic tube and still continue to protect plastic tube from light.  Freeze and send to Cornell overnight on ice packs for Vitamin E levels.  Centrifuge within 2-4 hours of collection as long as sample has been protected from light and refrigerated or kept in a cold cooler.

How the Vitamin E Study Began

Many of you have been with me from the start of the study but for those of you who have not this is how it all began.

The best way for you to learn from my experience is for me to be truly transparent in my whole reason for starting the vitamin E study. I have been struggling with one of my stallions Petrone (formally Petronio). He is a very large PRE probably 16’2 to 16’3. No matter what I did I could not put muscle on him. I tried every supplement you could think of even the ones only the vets can get. His top line kept sinking as if he was aging rapidly. He is only 10 years old. His hip bones stuck out but he was not under weight and the sides of his hips were sunken in and jiggly. Absolutely no muscle there. His butt was on the smaller side for such a big stallion.

He was still a big boy but not muscled and even though his hind end was lacking you’d expect a big muscled neck because his collection in work was amazing. But nope just average.

We have been struggling with hind end lameness for a while which makes sense now considering he had no muscle to carry the weight and hold the movement. This stallion was/is all heart and gave everything he had during work. He did not have the stamina my other stallion had either.

We chased our tails (no pun intended) for a while. In the spirt of honesty we found a small tear in his stifle (2 years ago) which was completely repaired with stem cells. (Stem cells are amazing). To this day the area is still healthy and without issue. But that did not solve the problem. We did some injections, which really didn’t work either and finally just a few months ago I put him in a full body bone scan and found nothing remarkable other than his hind end showed light inflammation. The inflammation was equal on both sides down the hind including the legs. Not in one specific area. This tells me the hind is being taxed during work. (Just my opinion) It is taxed because he has no muscle.

So then we found out he had very little vitamin E. We discovered this while doing all the muscle wasting testing and other crazy illness tests. I told Dr. Meg Miller Turpin to throw the kitchen sink at him because I had to fix my boy. And there it was frigging VITAMIN E. Horses need Vitamin

E to build muscle and with out proper muscle development you can and will have performance and lameness issues.

Petrone has been off work for 3 weeks, getting his Vitamin E and I changed his food to a feed that works best on horses with muscle issues and he is transforming right before my eyes. His demeanor is even better. He does not have a medical muscle issue but I am giving the feed for muscle issues to help him recover from the lack of muscle development he has suffered from due to the Vitamin E issue.

So, I started testing my other horses. I tested my 4 1/2 year old mare because I felt she also should have better muscle development and YES she was low in Vitamin E. I tested my old Lusitano who has cushings because he looked so terrible and he also was low in Vitamin E. I am waiting on the result of my other 2 PRE’s. I even tested my American Shetland pony who has cushings and he’s low. My warmblood mare is on the low side of normal. I didn’t test my mini yet (LOL).

With what I experienced I wondered if Spanish horses (PRE’s and Lusitanos) are naturally deficient in Vitamin E? I personally want an answer and that is how the study began. From there I realized that the likelihood of them being deficient may be very probable and as an owner I had no idea that could be a thing. As an owner all I want is what is best for my horses and I want to be informed and so do others. If my study does nothing but inform you, PRE, Lusitano and horses owners of this potential issue then my study served its purpose and I helped more animals which is all I ever want to do with my life.

And if my study proves that PRE’s and Lusitanos are not deficient then I am doing something wrong in my barn and those of you who volunteered to let me test your horses are helping me be a better owner and it will help me figure out what I need to change. Either way everyone learns something.